This week saw our first foray into battling with our new Space 1889 forces: the Battle of Xanthe!

After a number of Hill martian raids on trade caravans, the Canal forces of Ideaus Fons (supported by their French sponsors) set forth on a punitive expedition. At dawn on the third day, the Hill Martian tribes mounted an assault upon the French encampment at the Xanthe liftwood grove... 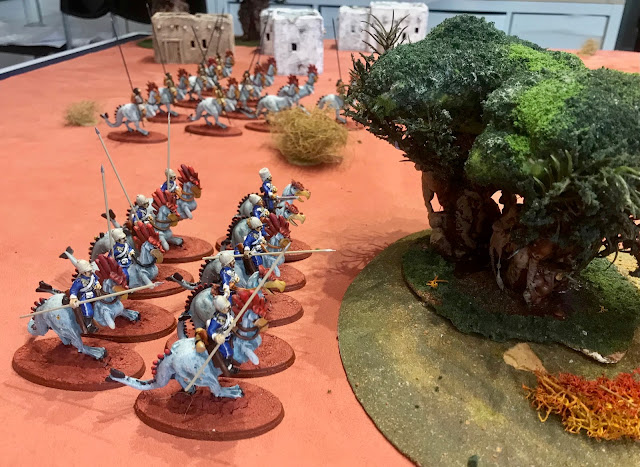 We used The Men Who Would Be Kings as our tactial rules. They worked pretty well, though we have drafted a few house rules for to suit the setting and will trial them next game. If they work well, I'll publish them here.


And so the French returned to their base at Ideaus Fons having consolidated their grip on the Xanthe Chryse region, and planned their next expedition to expand their sphere of influence. 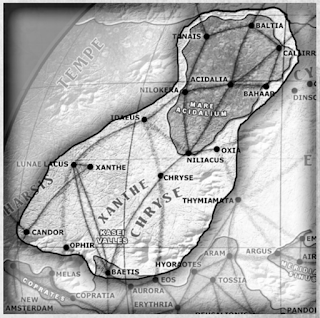 A great day pushing the new lead around - the table looked great and plans are afoot for a bigger game next time!

Now that is cool. I love the integration of the Bronze Age Miniatures Green Martians. Great paint jobs by the way.
Neil

Neil - I say why make the difficult choice between ERB and Space 1889... we can have both!