Just cant wait for Aquanef any longer? These interesting rules may keep your boiler steaming in the meantime! 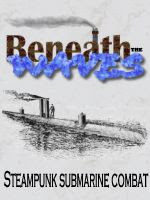 "BtW is a simple fast played board game where you battle steampunk submarines against each other. The game involves crew management, planned movement, all sorts of weapons and more. All you need is provided here except some dice and luck.BtW is played as a board game but can also be played an as huge floor-top game the way we done it at shows. But you don't need to go that far, using cardboard and paper gets you far enough, or you might build some small submarines from scratch. Take a look of what we have done to find some inspiration for your game."

David has followed his review of his Brigade pre-releases (see entry for 26 April) with some pics.
"I've gone for a size-comparison approach, using some of the well-known bits of Irregular's scenery (don't ask we which bits!) and a couple of downed nef's (advantage of magnetic inserts) for comparison."
First of all, the new naval platforms with a few larger Aeronefs for size comparison: 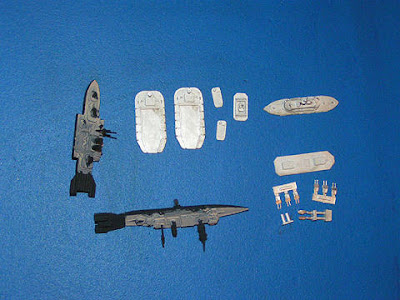 Next, some closeups of the LI and Martian bits next to some Irregular terrain and AA batteries for scale 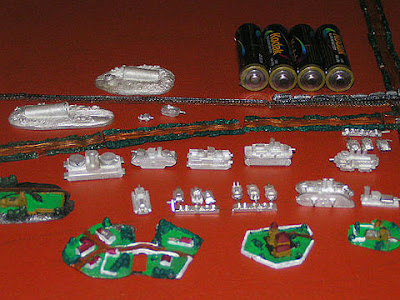 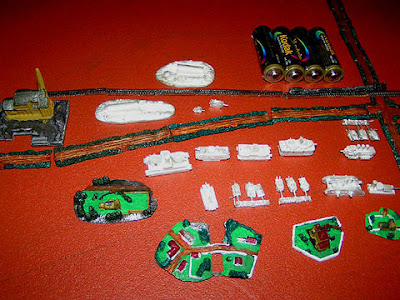 Many thanks indeed David - those ranges fit very well togetherand the scale comparison is very useful. Its obviously a picture of Mayberry Hill with that crashed cylinder there!

"Green Blood and Red Blood for Mars was originally published to cover tactical mass warfare on Mars during the Victorian Science Fiction Era of the late 1800s. Units with twenty men as well as those with 500 men can be represented on the board.

Hmmm....Blue, Green and Yellow Martians, 6 and 8 legged natives beasts...I wonder how they would go with a conversion for 2mm?
Posted by Paul O'G at 7:43 pm No comments:

As promised, the Brigade Models website has been updated with pics of their newest releases, including this lovely Turkish war Balloon! (several of which will shortly be deployed to my garage for scientific research) 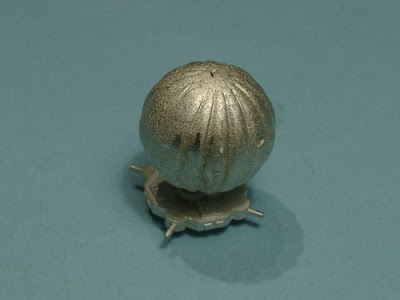 You can see "whats new" from the Brigade Home page here, with direct linkages to the pics of the new Nefs - enjoy!
http://www.brigademodels.co.uk/Frames/index.html
Posted by Paul O'G at 12:27 am No comments:

David from the Wessex Games VSF has posted some reviews on the latest from brigade which he managed to pik up at SALUTE. This is what he says:

Here's my thoughts on the pre-production stuff from Brigade.
Please note that the production moulds may differ!

Other river monitor or similar?
Uses Yank turrets and lots of them, so I'm guessing this is a static defensive piece of Yank design. No doubt my attempts at assembly will differ from the intended! The high control tower (24) call out to be put on a carrier!

Martians
Oh! The cylinders! Showing them to a non-player, she identified them correctly. That's the way to do it! I have 2 different, one slightly longer base, second unscrewed. Martians are difficult to tell apart in a zip lock bag, but here goes!

I didn't get any bases.As the bodies are all the same size with minor differences in attatchment sockets, you can mix & match to make a variety of models. The addition of extra legs is gonna lead to some interesting conversions!


Tony from Brigade has since clarified "We probably won't ship the bases with the models after all - they are such a chunk of metal that they will distort the price, plus they don't fit Li basing standards ! We might offer them seperately."

Some of these have wooden decks! Remember the post about Venusians? Russian cheap production jobs? Love the tall wheeled job. A Yank, maybe, part of a new land train? I like the idea of seperate/changeable tops. I have the idea that a few real giants are coming, Ogre style!All smaller contraptions come on sprue of 3 different. Brits are 10x5mm, turn any of them over and there's enough detail to use them as destroyed decoration on bases. Germans and French are a little smaller. Lone possibly French large contraption, 18x7mm of sleek cruser? Really nice sculpt, tracks are quite seperate from main body, rear twin guns are very crisp. My Russian sprues come with only 2, one being the Dmitriev Land Cruiser, 14x4, and the other a fantastic little armoured car type reminiscent of a bren carrier or "funny", 4mm square!

That's all folks, now wait for the pikkies!

Tony from Brigade also said "I'll be updating our website with these (and more) this week."

Thanks very much for the detailed information David - Great stuff!
Posted by Paul O'G at 10:42 pm No comments:

Brigade have announced their latest releases, just in time for SALUTE (for those of you lucky to live in Old Blighty!)
US Lincoln class Battleship £6.00
US Baton Rouge class Cruiser £3.00
US Saginaw class Frigate £1.00 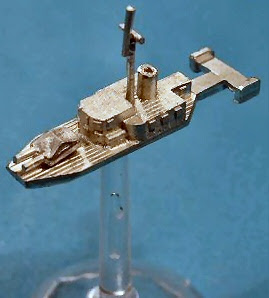 .
US Decatur class Frigate £1.00
US Fleet Pack #3 £18 (contains two of each of the above)
Turkish Sakarya class Dig Destroyer £1.75
Turkish War Balloon £1.50
Russian Strashchni class Destroyer £1.25
German DA-19 class Torpedo Frigate
.
A few weeks ago they also made available some bits for those who wish to up-gun their existing nefs, or even for loading into an indig. design
.
VAN-7021 - US Single Gun turrets x12
VAN-7022 - US Twin Gun turrets x12
.
Looks like the arms race is alive and well!
Hopefully, they will updates and have other pictures on their website shortly!
.
Posted by Paul O'G at 8:28 pm 4 comments:

Giant (Reviresco) tripods smash through the English countryside, but the gunners of the Royal Artillery have set an ambush. Several are smashed down, their alien occupants splashed to oblivion! 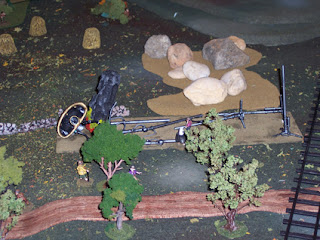