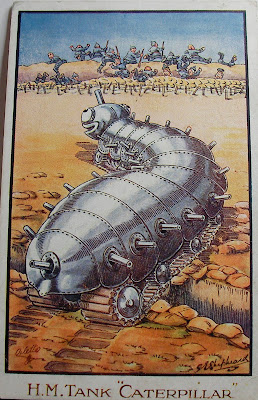 Report from our Special Correspondent now, currently with His Majesty's forces on the Western Front:
"Somewhere near Cambrai, France....
Rumours have been circulating for some time amongst the troops at the front that a startling and powerful new weapon was to be unleashed during the coming offensive. This correspondent has heard many such tales during his time here, and most are nothing but idle gossip amongst the old sweats, however, this morning at 04:00, I saw with my own eyes the incredible truth behind these tall tales.
Crossing unhindered by the torn and scarred surface of No Man's land, a steel leviathan crawled, nay wormed it's way forward, bristling with guns that spat flame in the direction of the Prussian lines. A many-sectioned body of segmented iron casemates, atop a whirling line of metal tracks made up the whole of this incredible new weapon, impervious to enemy fire, and able to cross the deepest trench or obstacle; some wag at the depot had painted a leering face at the front of the beast, and it resembled nothing more than some great, lumbering iron caterpillar as it tore into the enemy positions.
Due to the understandably stringent nature of military censorship here at the battle zone, I am unable to accompany this report with a photograph, however a talented artist amongst the troops hereabouts has drawn a stunningly accurate representation of this wonder, and I include it here for the reader's perusal; the panicked reaction of the enemy, when faced with this awesome contraption, is most faithfully recreated...."
Oh, alright then it's actually a contemporary postcard by the Tuck's company from it's Oilette series, subtitled "some tank!", artist unknown; a comic view of the no doubt mysterious nature of the armoured vehicles then being used to break the deadlock of the First World War.
Certainly gives ideas for a possible scratch-build for use with Land Ironclads....perhaps a whole class of 'organic' weaponry?
Posted by SteelonSand at 6:21 pm No comments:

I found this new blog with a new foray into Aeronef with some nice Japanese and US nefs, as well as a home made Nef. 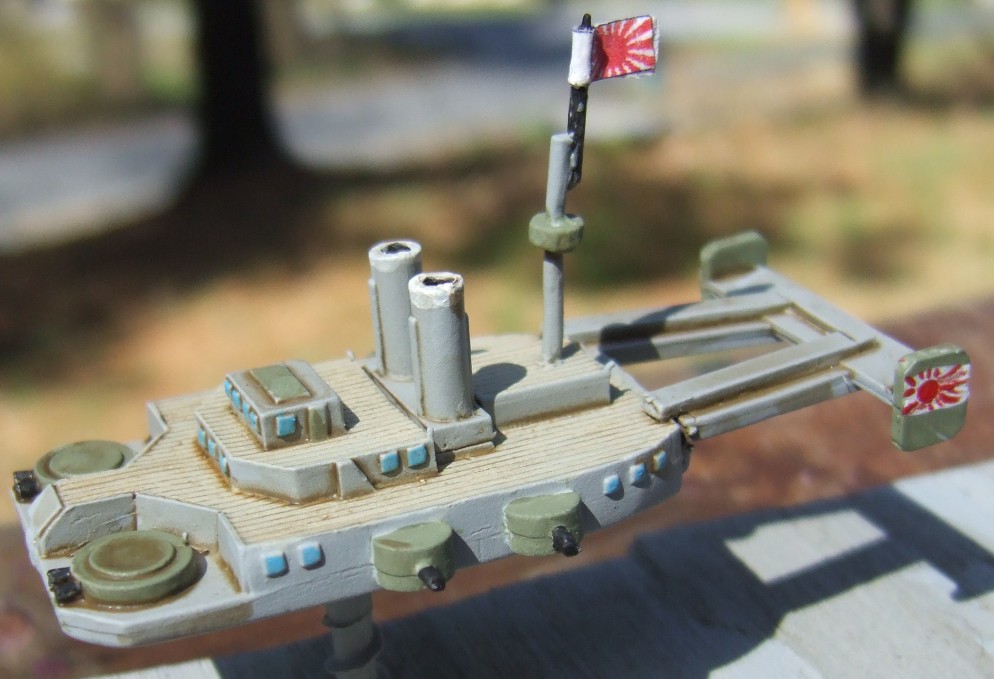