Martian naturalists have discovered, rather violently and bloody, the legendary White Apes of Mars on a recent expedition near Syrtis Minor! 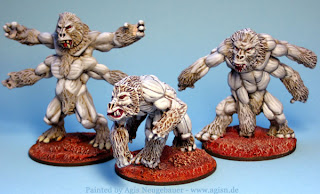 You can these these beasts and some other rather wonderful VSFness here: http://www.agisn.de/html/victorian_sf.html
Posted by Paul O'G at 3:51 am 3 comments:

I found this photo from Fisticuffs 2004 at the PeterPig website. It looks very similar to the Wessex Games 'Nef demo game I attended at SALUTE 01, which I posted pics of here (last year some time) Who is that mystery man with the blue measuring device??? :-) 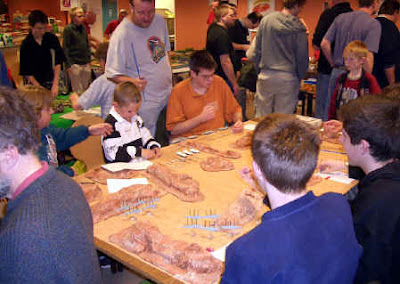 You can see the rest of the Peter Pig website here:
http://www.peterpig.co.uk/photoreports.htm
Posted by Paul O'G at 3:47 am No comments:

Germy has been busy indeed..! He has produced these cephalopodic nightmares which you may recall from that terrible summer. He says:
"Following the description HG Wells gives I think they came out rather well :)Obviously they will need to get themselves in a fighting machine quick since there combat ability as lumbering hulks was never described!
So next up had to be a martian spread to the four winds. I thought people could build little dioramas of a fallen tripod and dead martian."

I know I'll be making up a diorama just like that! 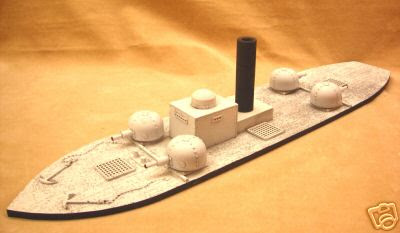 I saw this neat looking VSF Coastal Defence Monitor on ebay today, though unfortunately its in 25mm which is not my scale of choice. The 4 turrets train independently and the hull is made in one piece resin.
Does anyone know who the manufacturer is? I want one in 15mm! 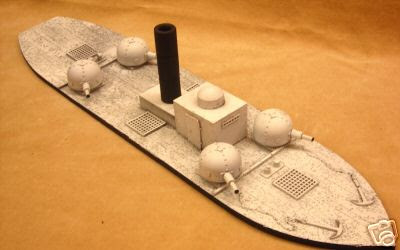 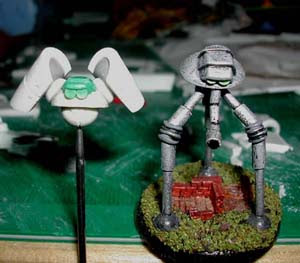 That stout chap Germy has released his lastest pics of flying Martian contraptions!
With good luck, they will soon appear with Germy's other WOTW stuff at the Brigade Models website.

You can read more about it here:
http://www.minigerm.co.uk/workmartian.html
Posted by Paul O'G at 5:40 am 1 comment: