Part 4 has been uploaded now - I love the barrage balloons! 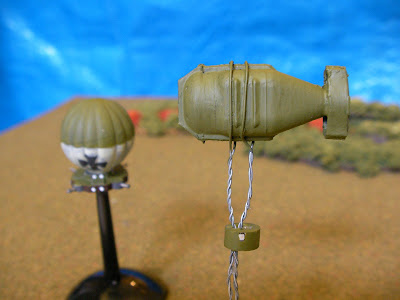 "JohnCS" has posted a review (and some nice pics) of Brigade's WOTAN class Land Ironclad for the Imperial German Army:
http://www.brigademodels.co.uk/phpbb2/viewtopic.php?t=711 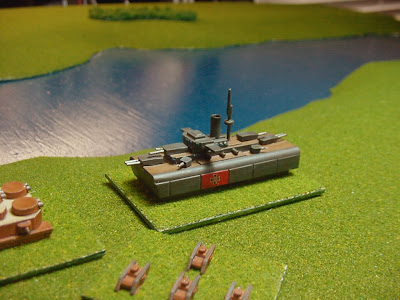 One of the most satisfactory things I am finding about being a co-author for a set of wargaming rules (apart from the obvious enjoyment of them by players, that is) is to see people use them for completely different purpose than when you we them. 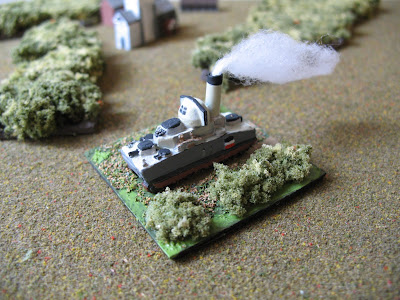 The blog "SteelonSandBlog" has developed a 'Weird World War 1" angle for Land Ironclads and done a lovely job.
http://steelonsand.blogspot.com/search/label/Land%20Ironclads 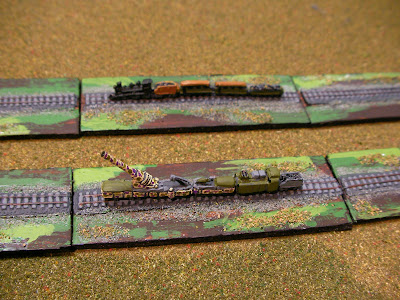 and to go with these models, the following scenario has been contrived. We look forward to more!
Land Dreadnoughts: Weird War 1919
It is 1919.
The Archduke Franz Ferdinand sits stolidly on the throne of Hungary, dismissing the attempt to assassinate him five years previously in Sarajevo as the "backfiring of a horseless carriage".
The war that failed to materialise in 1914 still simmers below the surface, with the Entente Cordiale sinking fast, as world-wide recession and colonial ambition strain the ties of peace between the Great Powers.
The Ottoman Empire is now not the only 'sick man of Europe'; all mankind is struggling to cope with the Influenza Pandemic, which has at least put paid to the recent Martian attempt to invade the Earth.
The likely arrival of other races of Alien origin has triggered a belated and somewhat haphazard arms race; military budgets starved of funds are now receiving greater priority, and technological innovation is driven by the need to gain supremacy over the other competing Powers, as much as to defend the Earth from further intrusions from Outer Space.
This is the Dawn of the Age of the Land Dreadnought:
The fight for global supremacy has begun! 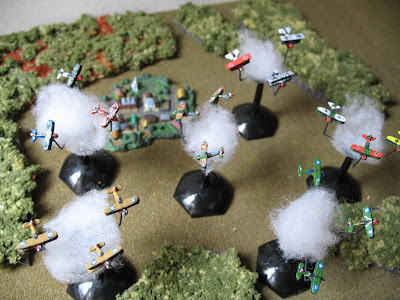 As you may know, I am a big believer is background music while playing. The more in theme this is with what you are playing, the better. Here are some great wavs for your VSF games!

Re-enact the northern half of the 1899 Invasion of Britain with our new range of Russian Land Ironclads, from the mighty Alexsandr land dreadnoughts to the diminutive Yelizaveta war tractors. 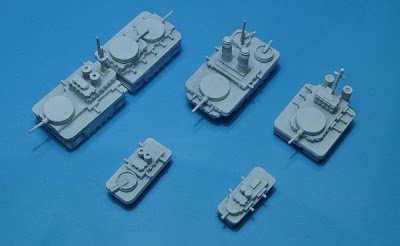 ...just in time for Salute 09. Check them out here:
http://www.brigademodels.co.uk/Frames/SaluteReleases.html 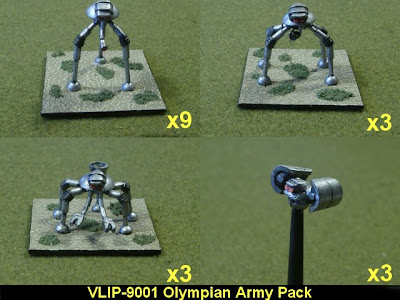 I thought I might make a confession: Ive been playing a lot of non-VSF stuff lately.

I was contemplating converting this Blog into a more generic one, so that I might talk about some of the other gaming stuff I do and models I make. After asking for some advice, I ended up creating a new blog for the 'other stuff'.

And so, I invite you to visit my gaming "Man Cave":
http://tasmancave.blogspot.com/

Dampf has unveiled his latest creation: a scratch-built Anarchist Aeronef christened Ragnarok (in honour of the SFSFW fanzine) 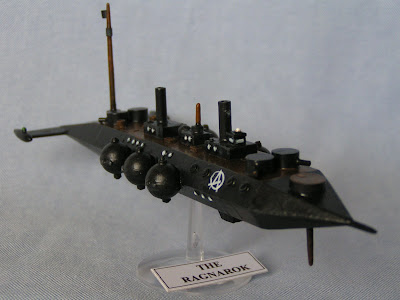 Read all about her here: http://dampfpanzerwagon.blogspot.com/
Fantastic work Tony, she looks beautifully sinister! Now to mobilise a squadron in response!
Posted by Paul O'G at 8:50 am 1 comment: