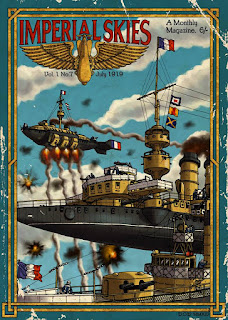 Check out this Kickstarter for a new Flying Game partnered with Brigade Models.  Written y the guy who made Gruntz (15mm SF), its is set in WW1 vice a VSF period.

Enjoy - I can't wait for this Kickstarer campaign to get underway!

One More Gaming Project: HAWKs Run Memorial "The Sword and The Flame Game" 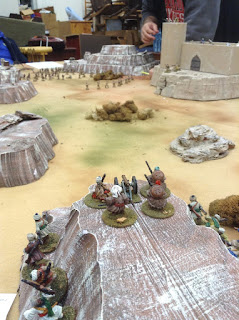 All Quiet at Fall-In 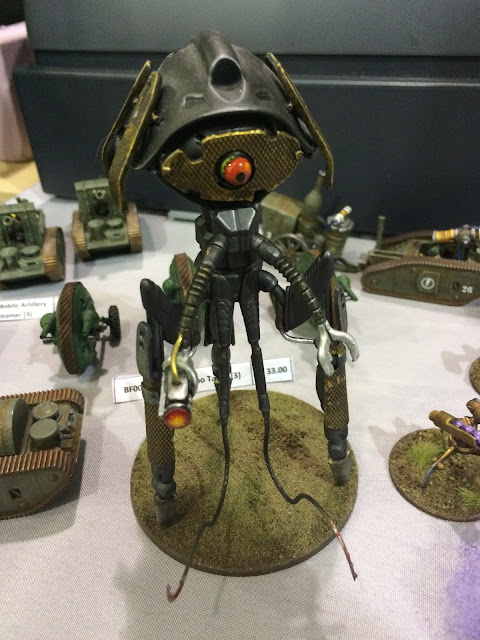 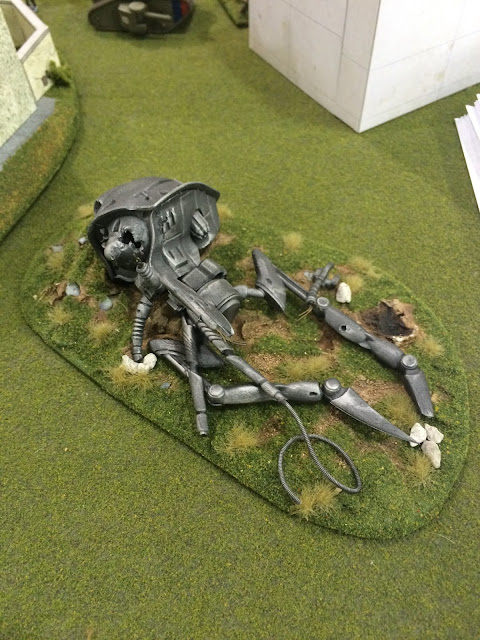 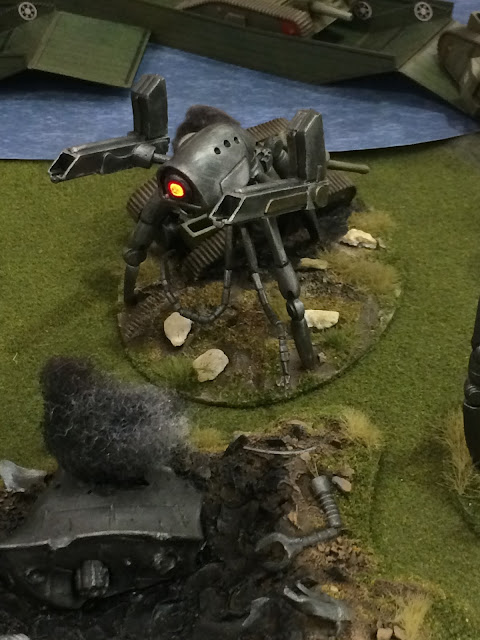 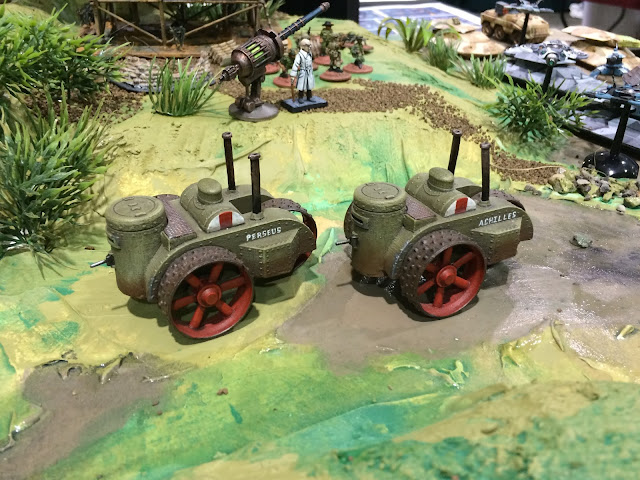 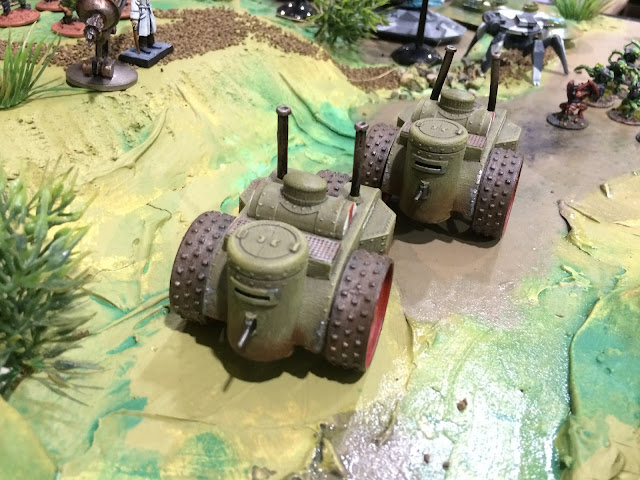 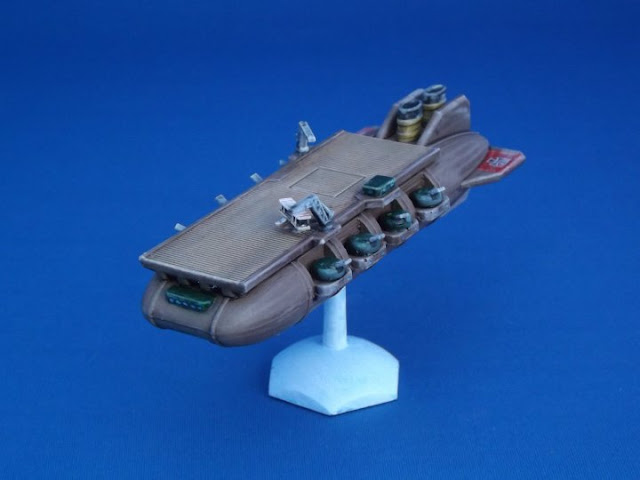 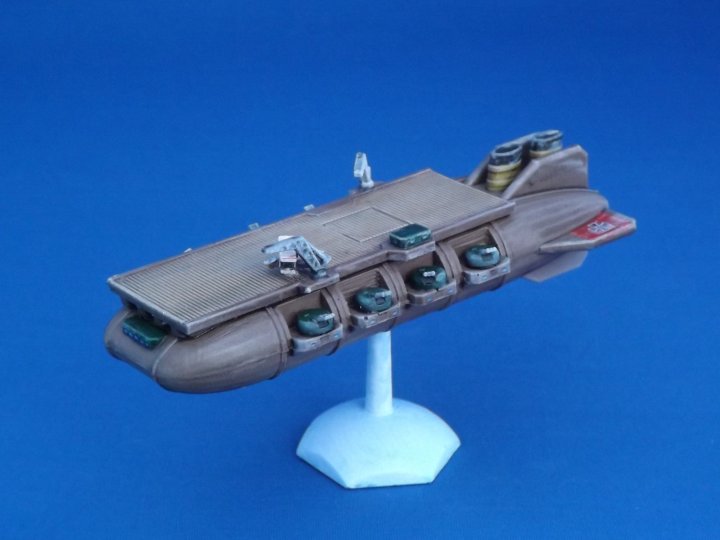 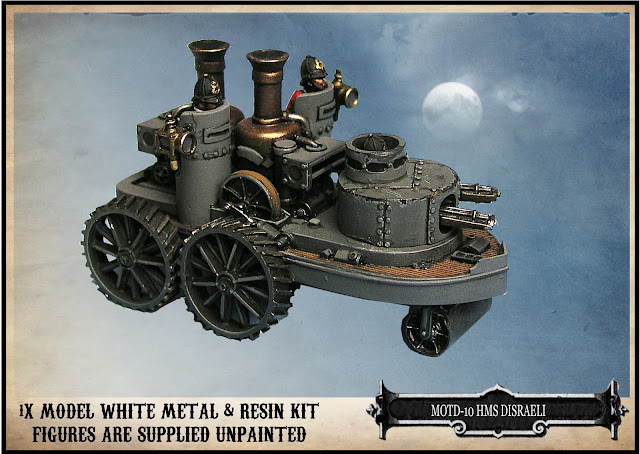 The Disreali is the Empire’s foremost choice for situations when her colonial holdings are threatened by indigenous hordes – earning much respect during the Zulu wars, nothing says ‘British Might’ more than a Disreali Landship pouring fire upon the unruly masses. For ‘crowd control’ the Disreali is fitted with a twin linked Gatling Gun.
Posted by Paul O'G at 2:12 pm 3 comments:

Labels: 28mm, Empire of the Dead

In Warship development of the 19th century, the transformation from broadside to batteries, turrets and barbettes was just as pivotal as the shift from sail to steam (and took less time too). The excellent Weapons and Warfare site recently publicised an article on this topic which I highly recommend.  While I have reproduced it here in full from the original I strongly recommend you peruse the site for a range of other excellent posts: http://weaponsandwarfare.com/2015/09/16/centre-battery-ship/

Redoutable was a central battery and barbette ship of the French Navy. She was the first warship in the world to use steel as the principal building material.
Compared to iron, steel allowed for greater structural strength for a lower weight. France was the first country to manufacture steel in large quantities, using the Siemens process. At that time, steel plates still had some defects, and the outer bottom plating of the ship was made of wrought iron.
All-steel warships were later built by the Royal Navy, with the dispatch vessels Iris and Mercury, laid down in 1875-1876.

HMS Inflexible was a Victorian ironclad battleship carrying her main armament in centrally placed turrets. The ship was constructed in the 1870s for the Royal Navy to oppose the perceived growing threat from the Italian Regia Marina in the Mediterranean.
The Italian Navy had started constructing a pair of battleships, Duilio and Dandolo, equipped with four Armstrong 15-inch (381 mm) guns weighing 35 tons each. These were superior to the armament of any ship in the British Mediterranean Squadron, and Inflexible was designed as a counter to them.
Packed with innovations, Inflexible mounted larger guns than those of any previous British warship and had the thickest armour ever to be fitted to a Royal Navy ship. Controversially, she was designed so that if her un-armoured ends should be seriously damaged in action and become water-logged, the buoyancy of the armoured centre section of the ship would keep her afloat and upright.
The ship was the first major warship to depend in part for the protection of her buoyancy by a horizontal armoured deck below the water-line rather than armoured sides along the waterline.
The centre-battery ship was a major warship and a development of the ironclad ships. The man behind the design was the newly appointed Chief Constructor of the Royal Navy, Edward James Reed. The centre-battery ships had their main guns concentrated to the middle of the ship in an armoured citadel. The concentration of armament amidships mean the ship could be shorter and handier than a broadside type like previous warships. In this manner the design could maximize the armour in a limited space while still carrying a significant broadside. These ships meant the end of the full deck broadside warships.
The development of major warships in the latter half of the 19th century was extreme. New designs were obsolete by the time of commissioning. The first centre-battery ship was the HMS Bellerophon of 1865. The previous Royal Navy ironclad design, represented by the HMS Warrior, had proven to be seaworthy, fast under power and sail – however, when under sail alone, she had left much to wish for in terms of seagoing qualities.
The disadvantage of the centre-battery was that, while more flexible than the broadside, each gun still had a relatively restricted field of fire and few guns could fire directly ahead. The centre-battery ships were soon succeeded by turreted warships.
Stabilimento Tecnico Triestino had its origins in a private shipyard founded by Giuseppe Tonello at San Marco, on the coastline west of Trieste, in 1838. In 1857, the shipyard was merged with a local manufacturer of marine engines to become STT. A second shipyard was also acquired, at San Rocco near the town of Muggia just south of Trieste.
STT was the largest and most important shipbuilder in the Austrian Empire and its successor state, the Austro-Hungarian Empire. The company built most of the Austro-Hungarian Navy’s capital ships, as well as many merchant vessels. In the 1860s and 1870s, STT built five of the Austro-Hungarian Navy’s seven centre-battery ships (a forerunner of the battleship), as well as a number of ironclads, cruisers, frigates and corvettes.
Posted by Paul O'G at 9:23 am 3 comments: