Four posts in one month? Inconceivable!

The Infantry are all painted now (2 units of Legion Etrangere, 2 units of Tirallieurs) as are the canal Martian Spahis.  Time to get basing while I move onto the Chasseur d'Mars and all of the gahsant mounts. 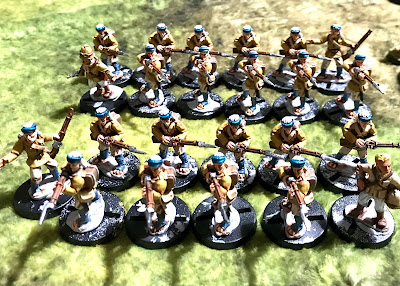 Not the best image but you get the idea!

My first unit of Canal Martians is painted! Not based yet but I'm excited to have gotten a start on the project. These Tirailleurs Martiens are furnished with modern rifles and a European “Adviser” officer. They are based in the Canal city of Ideus Fons, the French seat of power on Mars. 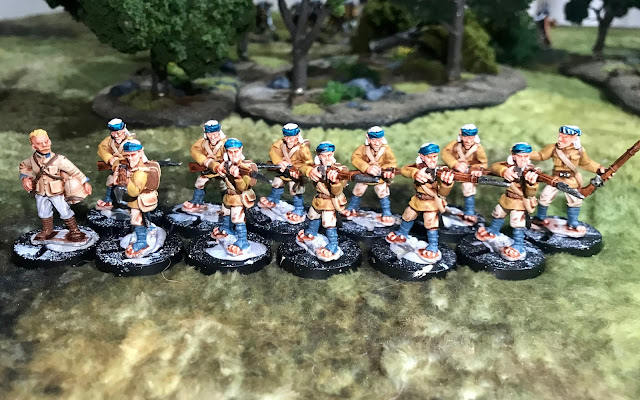 The Canal Martians are from the RAFM Space 1889 line, while the French Officer is an Artizan figure. The 12 figure unit is sized for Osprey's The Men Who Would Be Kings rules 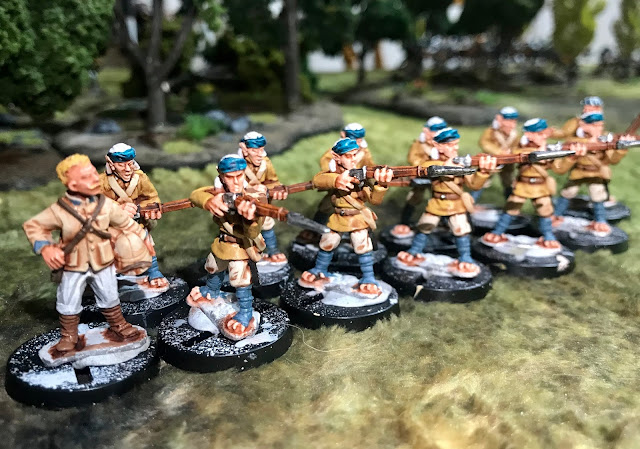 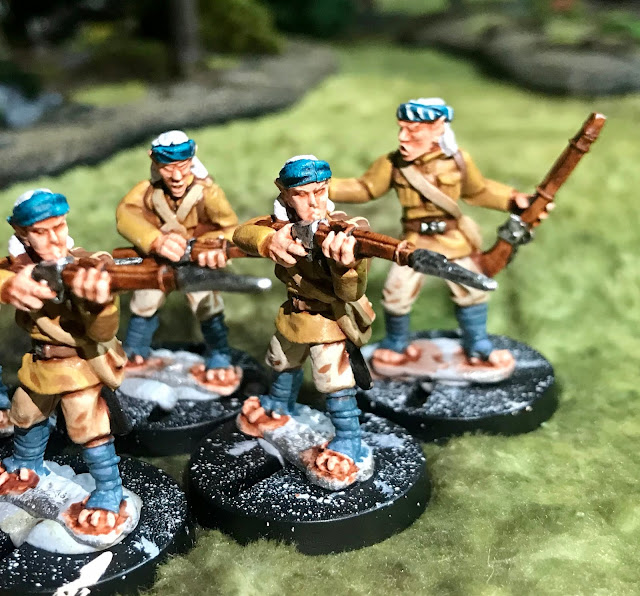 Thats 4 units done (3 French, 1 Martian) - one more of Tirailleurs and I’ll start the basing en mass. Then its time for the Gashant Cavalry!
Posted by Paul O'G at 8:46 am 2 comments:

After years in planning and another unpardonably long absence from this blog, I have finally commenced my French on Mars project. Well a test figure anyway!

We are using a Space 1889 setting with Osprey’s The Men Who Would Be Kings as our tactical rules, so I will be focusing on 12 figure units for Regular and Colonial Infantry, and 8 figure Cavalry units.
My initial French force plan is:
2 units of Legion Etrangere infantry
1 unit Chaseur D’Mars (mounted on Gashants)
2 units of French trained and equipped Canal Martians Ideaues Fons
1 units of Colonial Mounted Infantry (on Gashants)
2 Artillery Pieces
1 Mitrailleuse 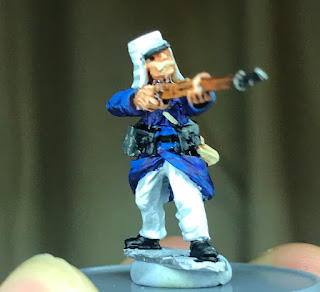 This is my first test fig, which is from Artizan’s March or Die range. I’m going for something simple so I can churn them out quickly. A mate is working on his British Force with the aim of us having a game in December. 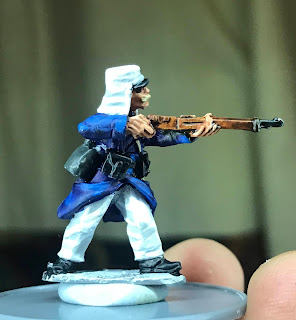