Standing high on Windmill Hill above The Rocks, Fort Phillip was one of the initial fortifications built to defend the colony.   It was named after the founding Governor of the Colony, Admiral Arthur Phillip.

Construction began in 1804 (after the Dawes battery was completed, see previous post) in a hexagonal design to protect from threats coming from the ocean to the east, and the hinterland to the west.  The walls were made of locally quarried sandstone several feet thick.  However, with 3 walls completed, construction ceased and the fort was never finished.


Though the guns remained there until the 1820s after which it languished.  In 1840 the land was considered more useful as a signal and telegraph station so the Fort was mostly demolished and repurposed. One wall, which still stands today, was converted to serve as the semaphore station's platform and the rest was levelled in the 1850s for the construction of Sydney Observatory which remains there today. 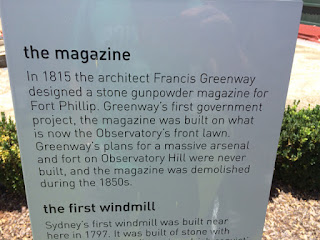 The Observatory (with Timeball Tower atop for synchronising marine chronometers) 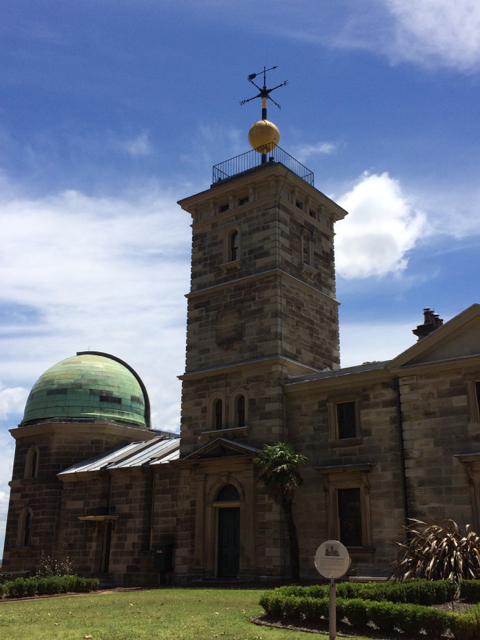 A relatively minor site, but one that the lad and I enjoyed visiting on a sunny summer day.