Pax Britannia: A few more to Crow about

Its been a bit hard to update the blog of late, but that doesn't mean a chap has been slacking off on his VSF reading- Nossir it does not!  I've been steaming along at full speed with more of the jolly adventures of Dandy Adventurer and Hero of the Empire Ulysses Quicksilver, Esq.

Evolution Expects - a fiend from the past re-emerges, causing havoc and carnage in Londinium and Magna Brittania.  Can our Hero (and Nimrod of course) stop him in time from wrecking his vengeance?  And who is this flying vigilante - friend or foe?

Blood Royale - dastardly plots from distant realms sees the Agent of the Throne  travel to Imperial Russia and become entangled with Vampires, Werewolves and other nasties.  I really enjoyed this one and the sneak peak view of the world outside the isles of the United Kingdom.

Dark Side - Go off planet with Quicksilver as he travels to the moon and quickly becomes embroiled in more nefarious schemes and chased by danger and mayhem all over the satellite rock.  The ending is a cliff hangar, leading right onto the next installment which I'm devouring now... 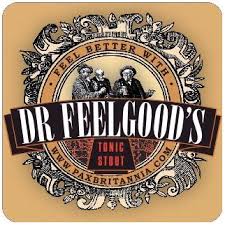