A Cracker Day on the Field

My lad Reilly captained his Cricket team for this week's U/12s match. A great game on a hot day, here is the match report, posted by a proud Dad (BTW Reilly also got a wicket, bowling out the opposing Captain):

Match Report:
This was another closely fought contest between these two evenly matched teams. Navy batted first and posted a respectable score of 75 from their 20 overs. When Sky batted they lost some early wickets which put them behind the required run-rate and although they recovered their final score of 57 was not quite enough. There were some good performances on both sides with bat and ball but perhaps the difference was the excellent fielding of Reilly O’Grady for Navy who stopped many possible boundaries fielding at mid-wicket. Both teams have displayed excellent improvement throughout the season and will look to continue this in their final two games. 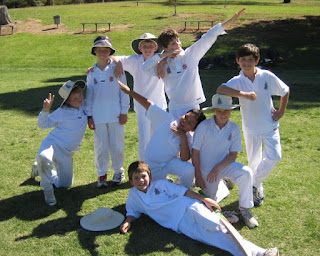 Dr Grordbort and the Deadliest Game!


Dr Grordbort Presents: The Deadliest Game from Media Design School on Vimeo.
Posted by Paul O'G at 5:01 am 1 comment:

He has posted this teaser to get our VSF juices flowing:

Part One;
Ten years after the first human set foot on Mars the Colonial Land-Grab is in full swing with Great Britain, Germany, The United Stated of America and the Belgian Republique leading the assault. Japan and France came late to the table and have never achieved the victories of the earlier states. This is all about to change with the French Government finally agreeing to build both the largest Astronef - Le Gloire and now Le Louis Daguerre an observation and survey Nef to explore and map the Le Mons area of Mars.
The Loius Daguerre is one of the largest Nef's ever constructed on Mars and was built to house the newly developed Daguerreotype Camera which uses huge half-metre square silver coated glass plates to take images of the Martian landscape and 'map' the built up areas.  The process needs huge reserves of dangerous chemicals which are housed in two large and two smaller containers built into the main hull. Early experiments have proven than an area of five square kilometres can be successfully mapped in less than three days, thereby cutting down on man-hours and the risk of being assaulted by rival States or marauding Martians.
The new technology of image capture is causing quite a stir amongst the other Earth-Bourne Governments and Le Louis Daguerre is now accompanied by at least one French Aeronef when ever out on operation's. It is rumoured that The Kaiser has raised a bounty of one thousand gold crowns for the capture of the Loius Daguerre - a rumour that is having quite an effect on the fleets of Martian Pirates.
I'm looking forward to seeing his entry on 1 March!

Adventures in a Lost Land 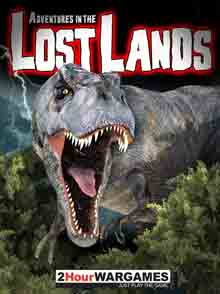 I haven't done any Dino Hunting games for awhile, but I came across these rules by 2HW the other day.  Anybody tried them out?


You hear the whispers. Giant creatures from the dawn of time alive and walking the earth. Dinosaurs! How can it be? As a hunter you have to find out the truth so you follow the rumors to this God-forsaken corner of the world, Lemuria!


You've spent days and large sums of money in tracking the Beast and now it's come to this. Your bearer trembles as he pulls back the branch giving you a clear view of the Beast in all its splendor. As you steady your aim it turns, looks you in the eye and at that moment you wonder... Who's hunting who?


Adventures in the Lost Lands, introduces you to a world like no other. A world of giant creatures and prehistoric men where you can Be a Pulp Era hero exploring Lost Lands and searching for valuable treasure. Lead your tribe of primitive cavemen in a fight against other primitive tribes. Be a modern day big game hunter who travels to a pre-historic land that time forgot. Command a Victorian Era expedition bent on discovery and conquest. Be a dinosaur, not only a dinosaur, but THE dinosaur, as you take on all others for supremacy.


In Adventures in the Lost Lands you can do all of this and more. We've included a number of linked scenarios forming a campaign which can be played solo, cooperatively with all players on the same side, or head to head against your friends. It's all up to you!

What ho chaps! A stalwart display by our young fellers at Murrayfield today, beating the bally Scots at rugger in their back yard 13 to 6 to win the Calcutta Cup! Jolly well done chaps, have a well earned Indian Pale Ale! 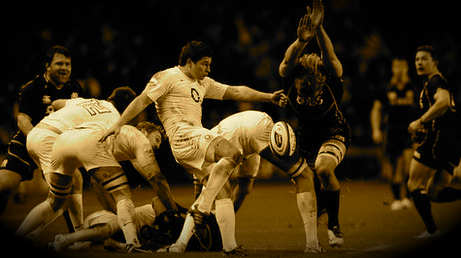