Percival Lowell was an American businessman and astronomer who founded an observatory in Arizona in the late 19th century.  He was convinced of the existence of the Martian canals and studied the Red Planet extensively to chart their positions.

I was thrilled this week to find Percival Lowell's globe of Mars at the Smithsonian Air and Space Museum in Washington DC.  A great pity they dont sell reproductions in the gift shop! 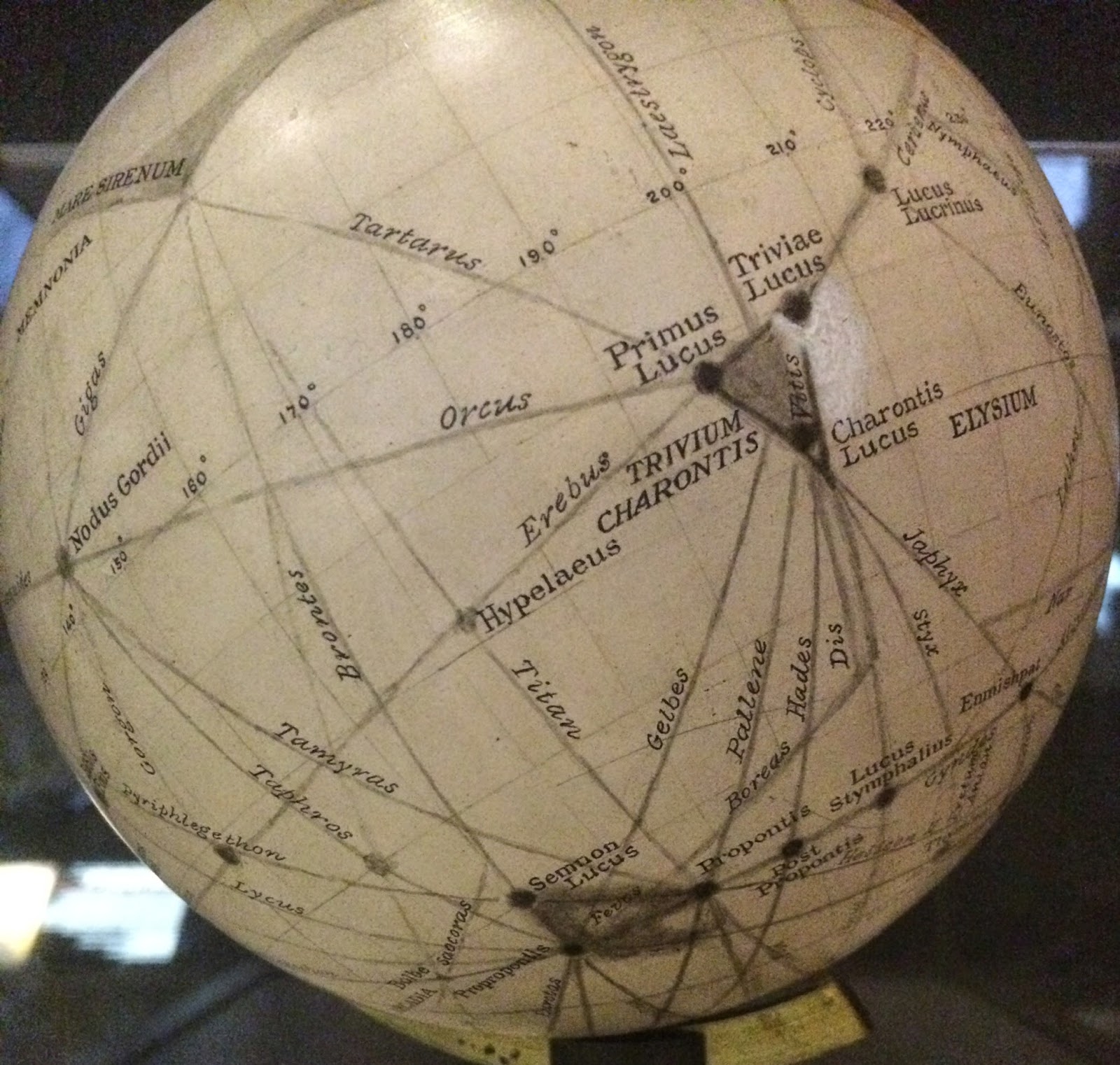 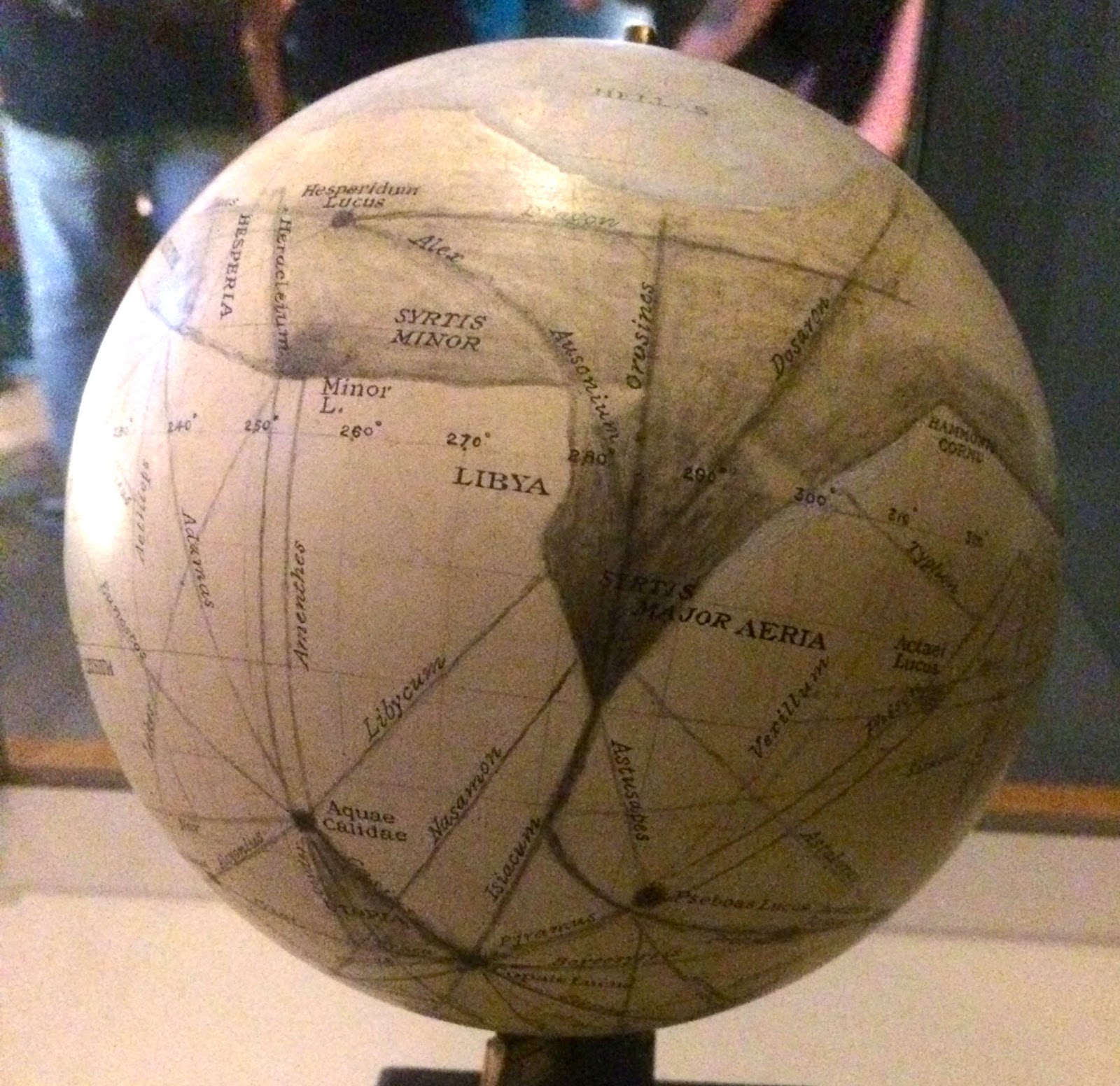 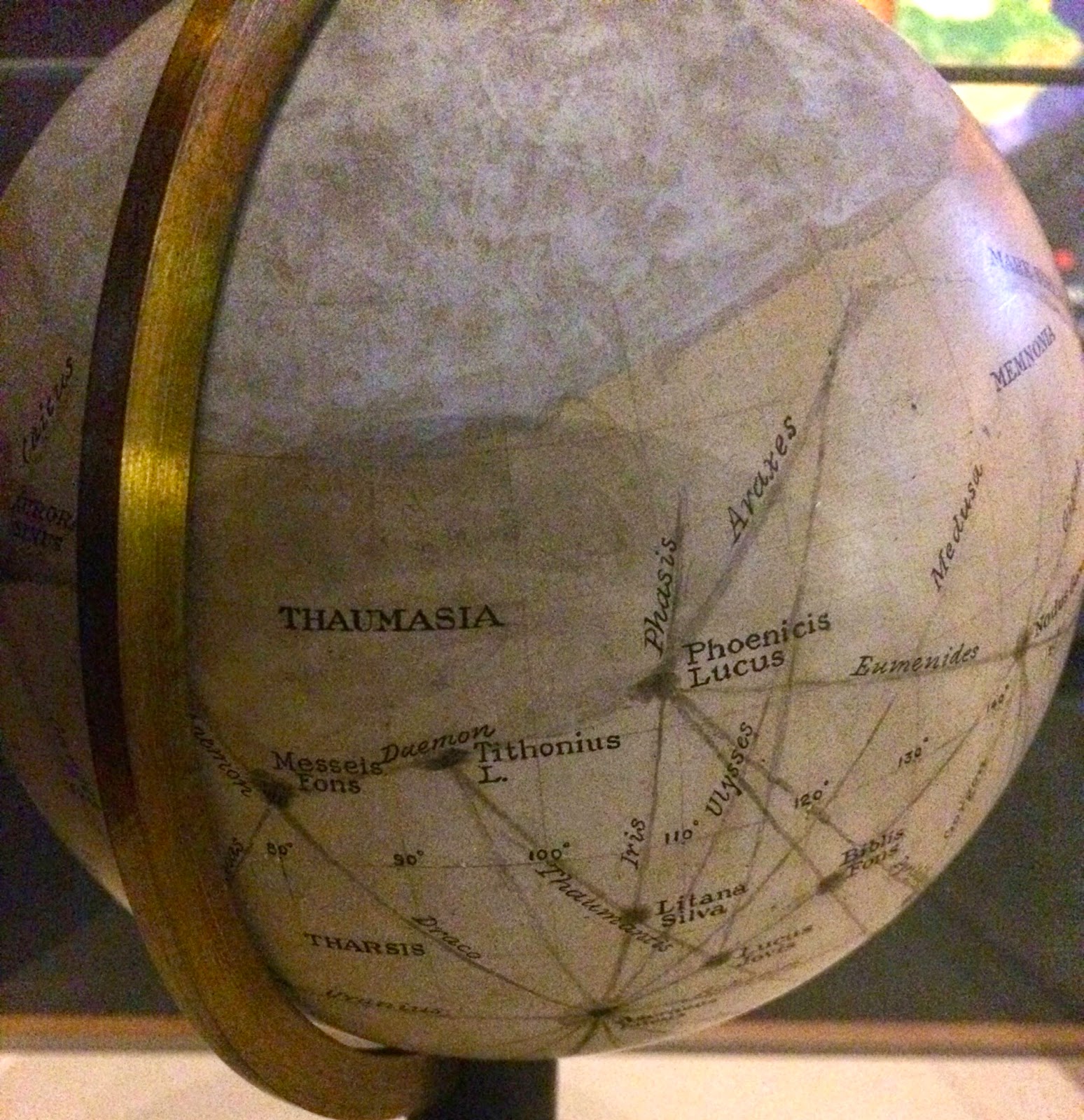 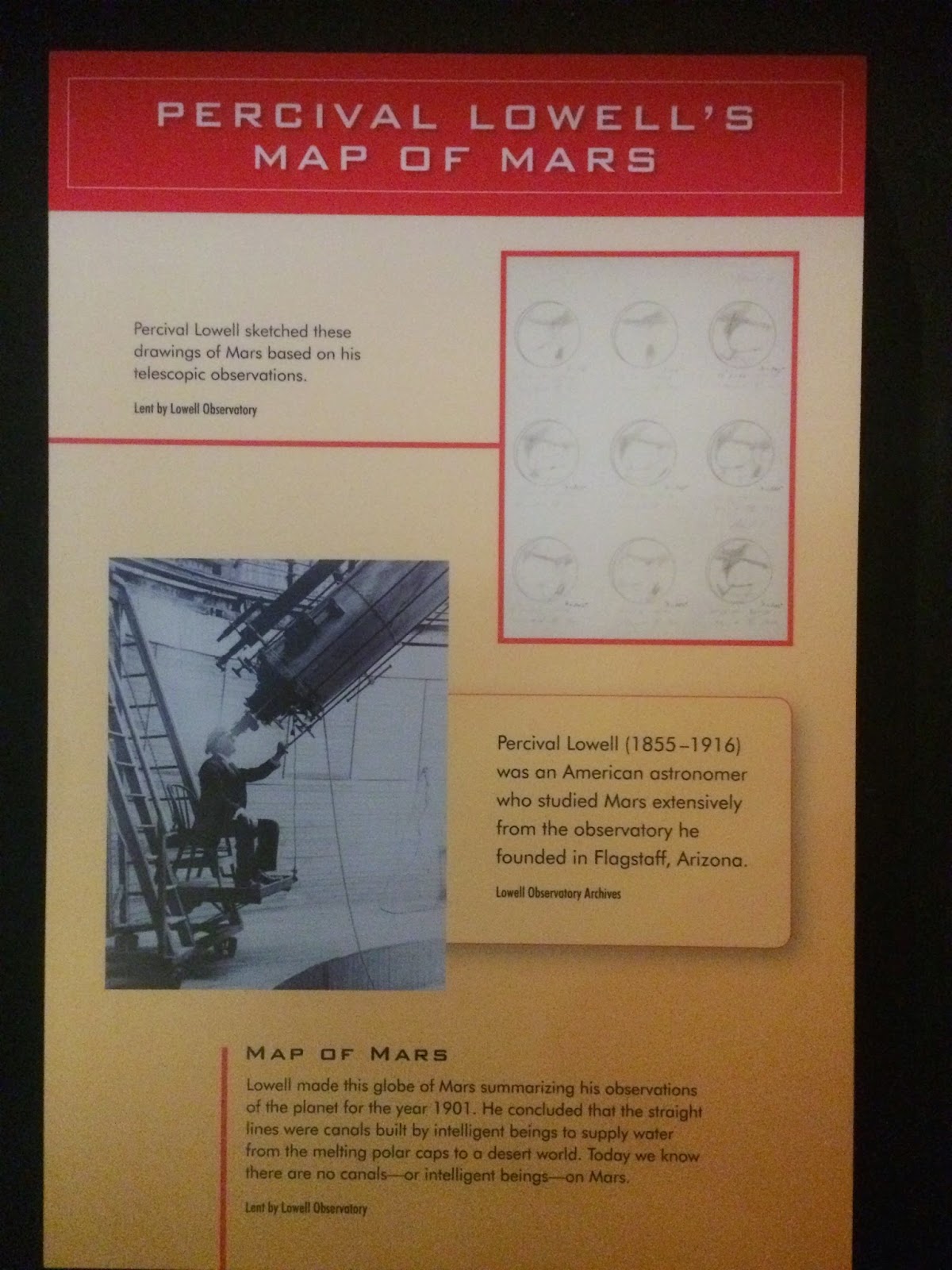 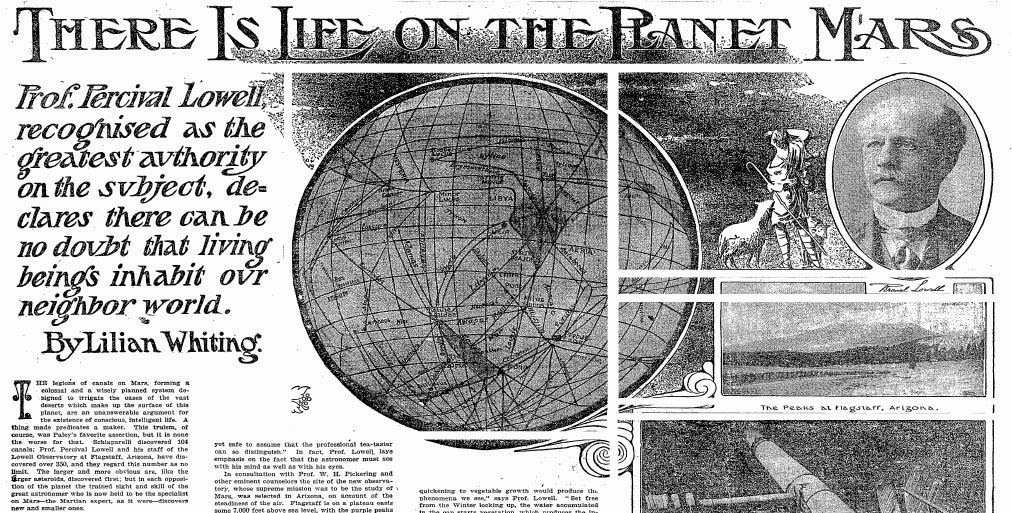 In an interesting post script, Lowell was also one of those who predicted the stance of a planet past Neptune and his observatory went on to prove the existence of Pluto after his death: 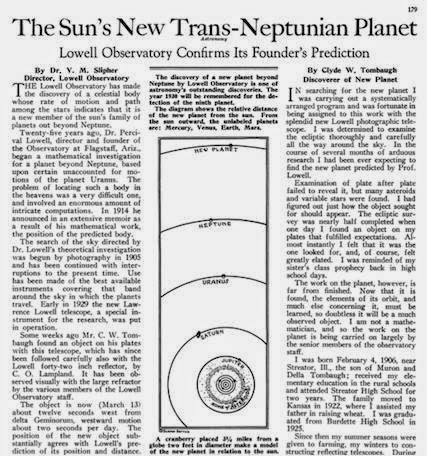 The Centenary of ANZAC 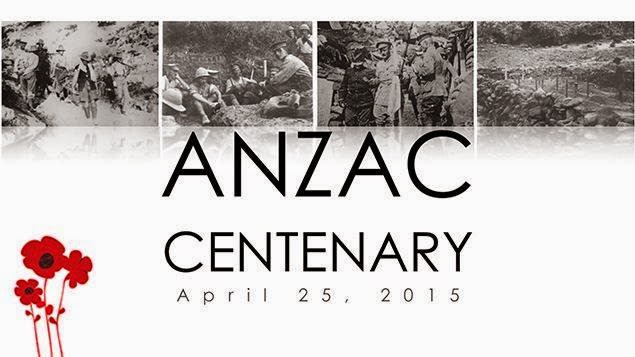 Today is ANZAC Day and this year marks the 100th Anniversary of the Allied landings at a small place in Turkey that nobody in Australia and New Zealand had heard of.  Now the word Gallipoli is a deep part of Australian and New Zealand heritage. Today we celebrate the human spirit - the spirit of ANZAC.  We thank those original ANZACs for their courage, sacrifice and example. Lest We Forget. 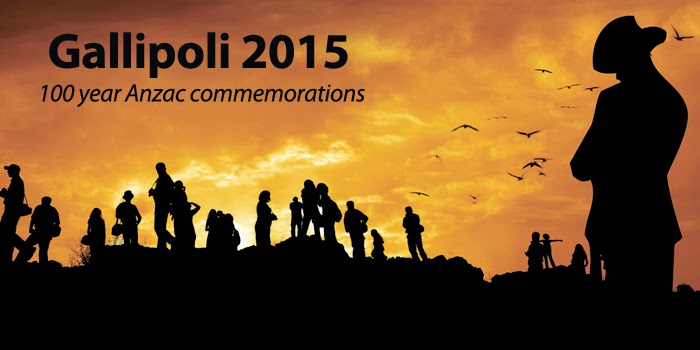 I saw this very impressive array of 2mm Napoleonic armies over at the excellent "Lead doesn't Bleed" blog today and it got me thinking about options to base LI units, and infantry in particular.  When I started my own infantry units I went with positioning the figure blocks in different formations for easy recognition, but I think this is a much better and more effective way to go.  I'd be interested in other options that might be out there too.
http://leadnobleed.blogspot.com/2015/04/the-teeny-tiny-grande-armee.html 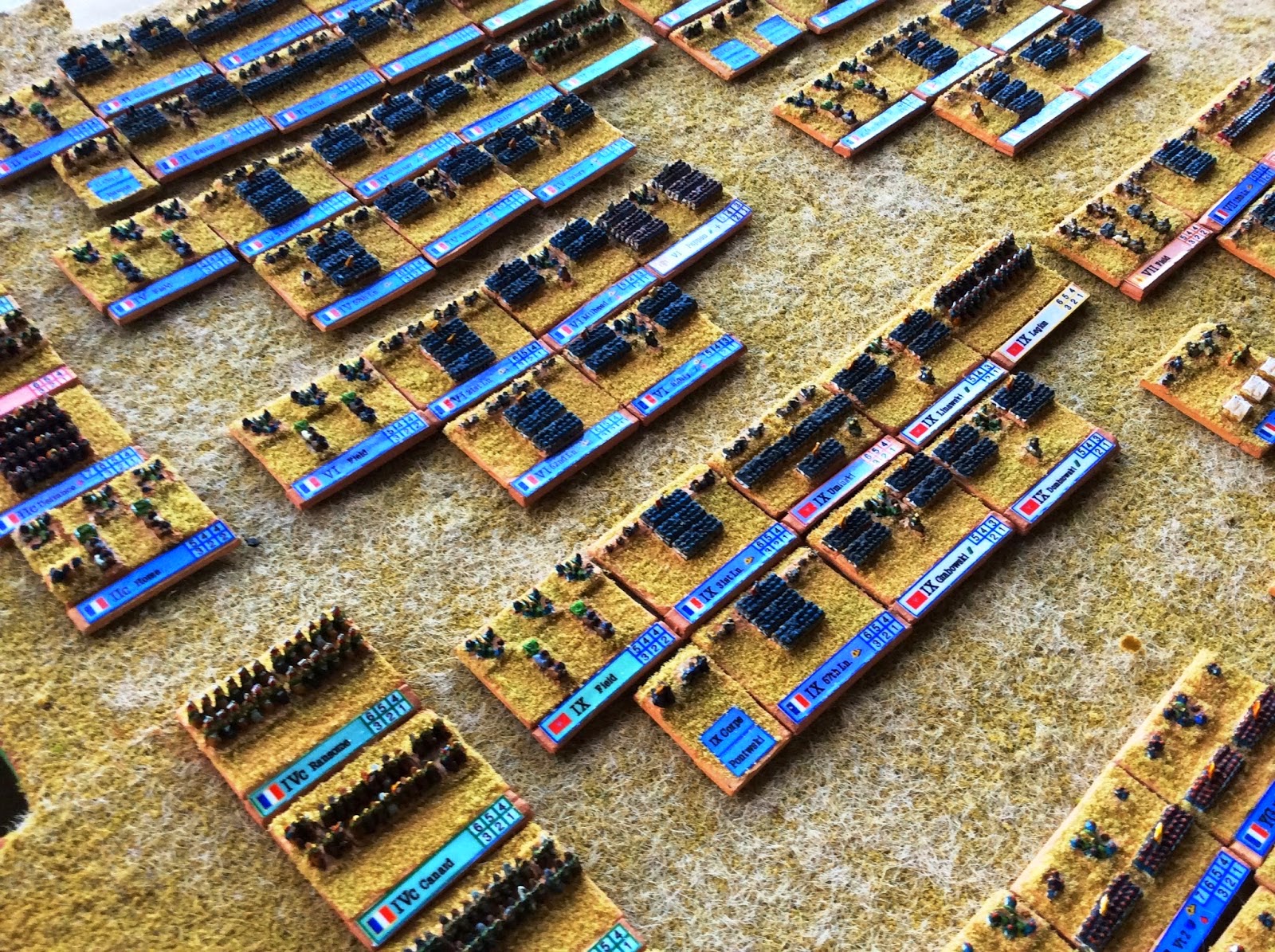 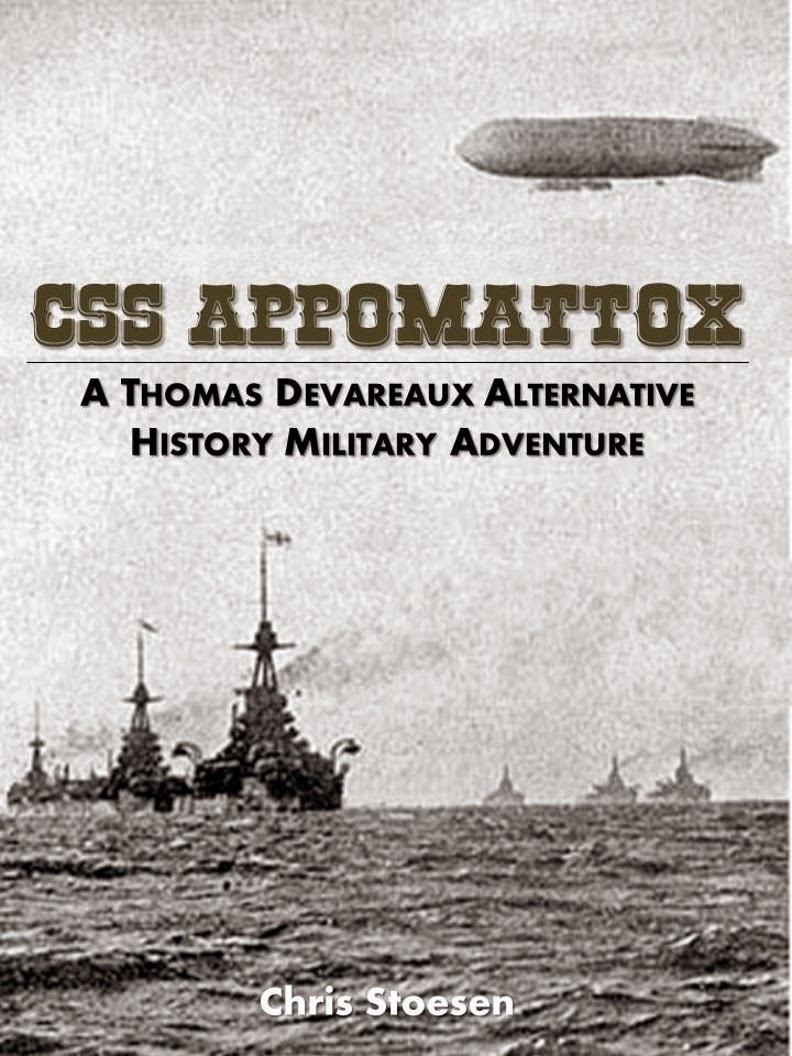 Amidst the slaughter of the American Civil War, recognition of the South by both France and Great Britain sees a negotiated settlement and the formal succession of the Confederacy.  An uneasy Cold War ensues with each side seeking European Allies to bolster their economies and access world trade markets.  The Union finds itself a friend in Germany, a growing power seeking overseas possessions and resources to fuel its industries.  The Confederacy finds its own ally in Spain, and when Germany tries to seize Spanish holdings in the Caribbean, the Confederacy finds itself toeing a diplomatic tightrope of supporting its ally while not triggering another general war with the North.

Enter Captain Thomas Devareaux of the Confederate Navy and Captain of the dirigible CSS Appomattox.  Let loose upon the expeditionary fleet of the German Navy operating in and around the Eastern seaboard, he leads his crew on raids and strikes to harass the enemy and solidify the South's alliance with Spain.  Along the way there is international and domestic intrigue, glimpses of a shadow war with the North and a cast of characters with a divers range of backgrounds.

I really quite liked Chris's alternative history world and the way in which he describes a team of men trying to harness new technologies to do their duty in tough situations.  Yes it is a self published with a few hiccups and no it is not a Bernard Cornwell novel.  But it is a fun and easy read which I really enjoyed - I am looking forward to the next instalment in the adventures of Thomas Devareaux.

CSS Appomattox is available electronically here for less than a price of a beer.  If alt history and riding zeppelins appeals to you (and if you are reading this Blog then that is probably likely!) then do yourself a favour and give it a go.  You'll be thinking of wargaming the scenarios before you realise it!
Posted by Paul O'G at 3:54 pm 4 comments: 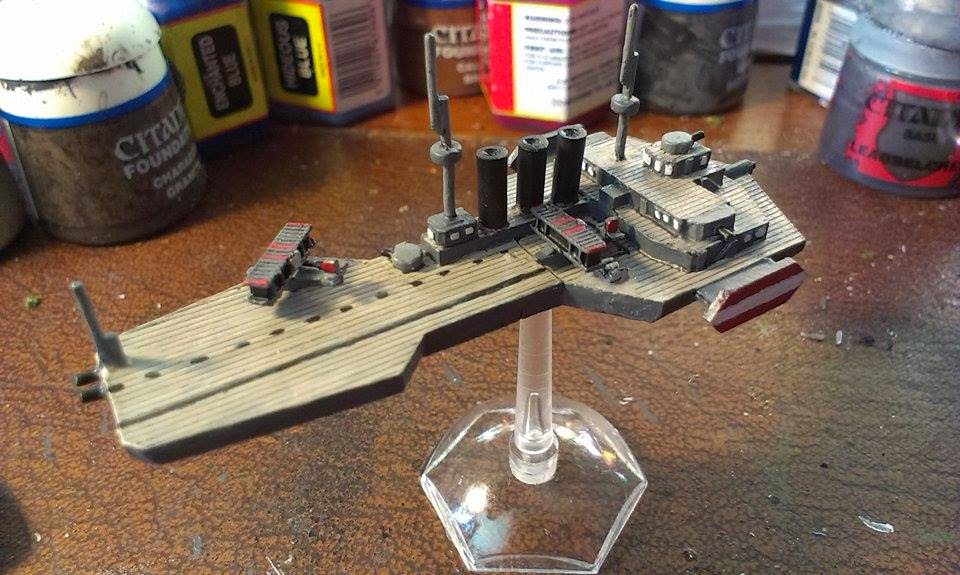 Jack M recently posted some pics of this lovely Austro-Hungarian conversion, which he has named the Salzburg Class.  I am quite taken with this (one doesn't see too many AH conversions) and asked him if he would share the modelling tips of its construction here.  He kindly agreed and here it is: 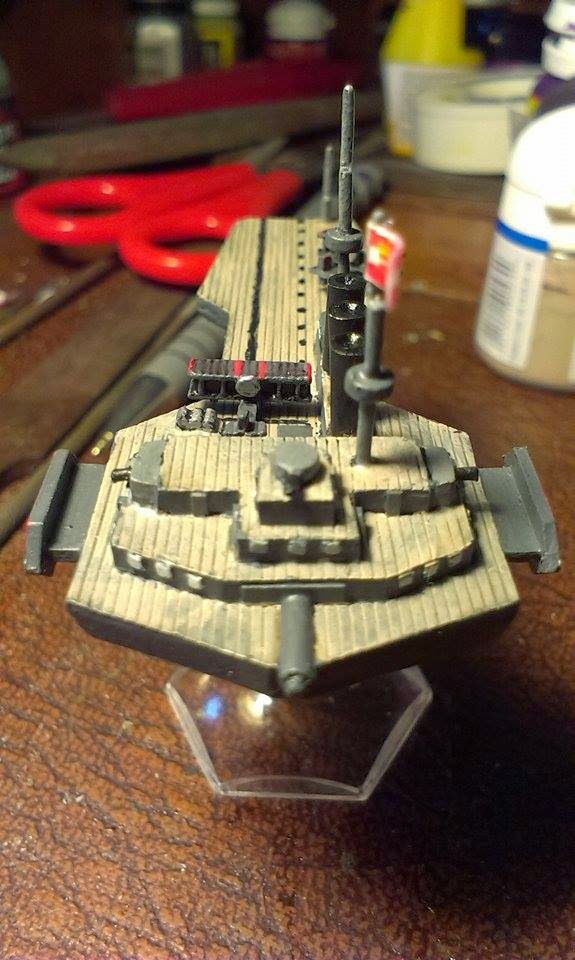 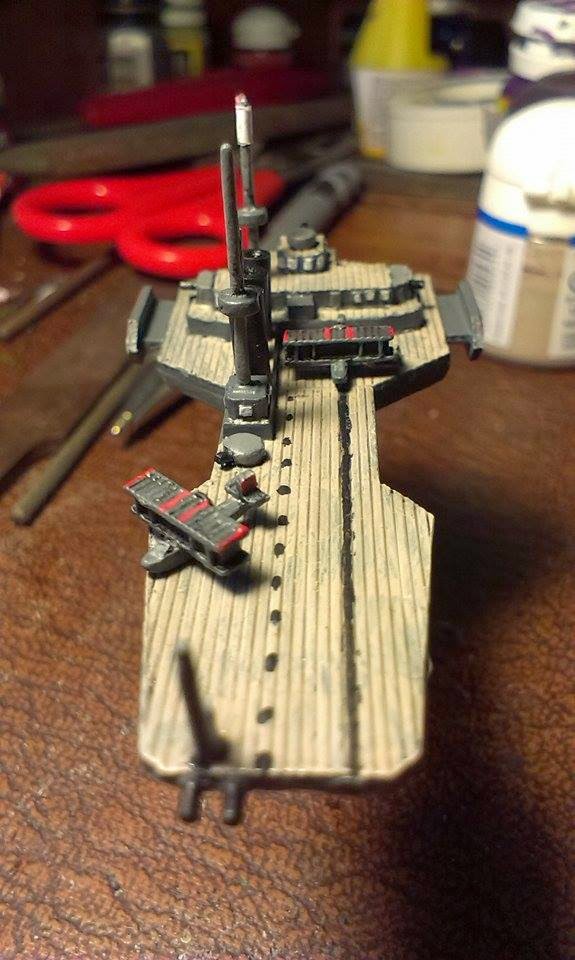 I based it on a Ferdinand Max class Battleship (see here) but left out the main gundeck to give me the room to place a runway down once I'd offset the smokestacks. 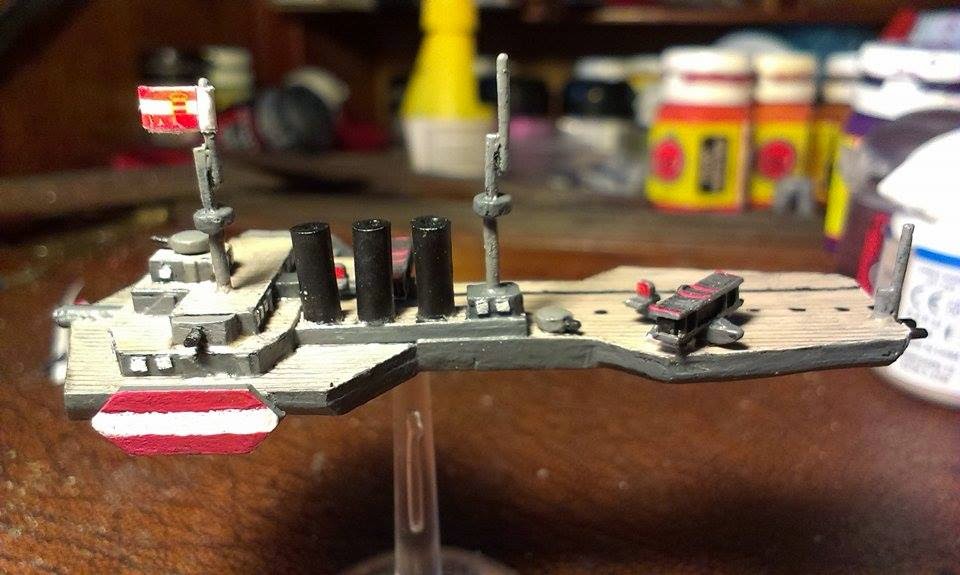 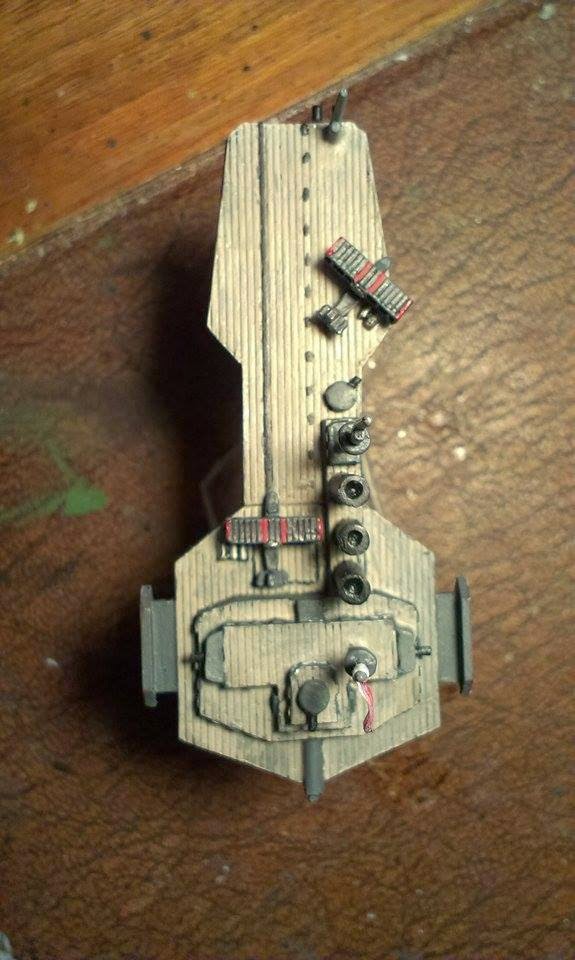 I cut a couple of the sponsons from the Ferd Max and added them to rear superstructure to provide some guns. I felt this wasn't enough for a ship of this size so I cut down some spare masts to make the tiny turrets seen on the main deck and the upper rear of the Nef. With the spare rod from these masts I also added the twin guns on the prow as well as the fuel drums on the flight deck.

Finally, I added the main masts and a pair of Lohner-Taube's to complete the look and got it painted! 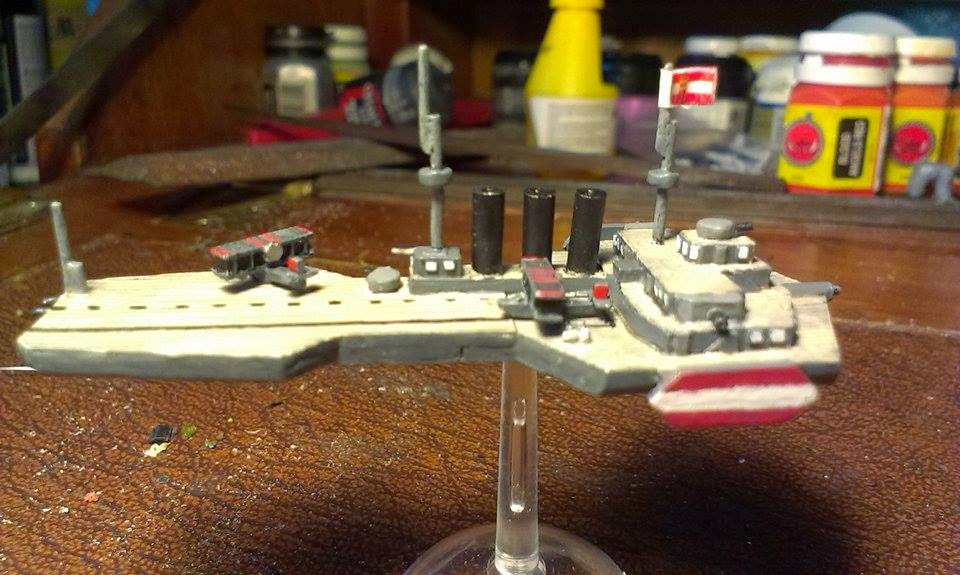 Great conversion Jack and thanks for sharing the modelling tips with us all!
Hope to see more of your fleets soon :-)
Posted by Paul O'G at 4:40 pm 7 comments: